Background: As many of you readers might know, Vivek was the subject of a previous story . His transformation from a sickly young man weighing more than 125 kilos to that of a healthy, fit young man has been nothing short of remarkable. Vivek rode the Tour of Nilgiris last year . Despite his relative inexperience, Vivek did creditably but still wasn’t able to finish the entire tour. This year he is back to conquer it, the climb to Kalahatty in particular.

Vivek’s story was so inspiring that, as a charity rider, he was able to raise INR 300,000 which went towards initiating a Free Spine Surgery Program (called Giving Back) at Sita Bhateja Speciality Hospital. His efforts helped heal over 20 patients over the course of the last year. This year, he has set his sights even higher in this department too.

TfN Goal
Complete the whole TfN with a respectable ranking. And to get strong enough and fast enough to qualify for the Spectrum Racing cycling team. But his biggest goal is to raise INR 500,000 towards the Free Spine Surgery Programme.

Diet
Veg or chicken salad, soup and roti with dal and/or chicken. Soup would be a veg/chicken clear. Fish occasionally. Carb is from oatmeal breakfasts. 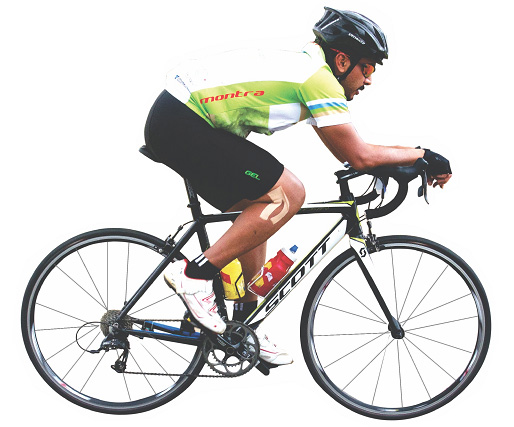 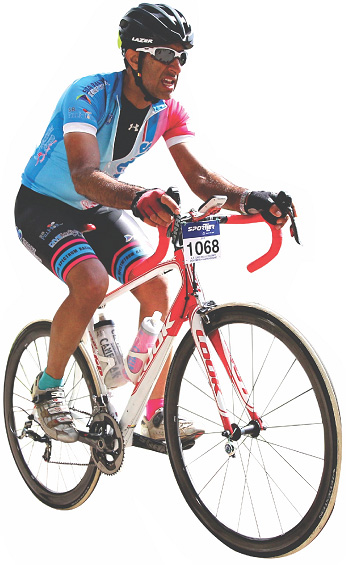 Background: Dr Arvind Bhateja is a familiar face on the cycling scene. A runner who was wondering what to take to when his knees were giving him trouble, he took up cycling and never looked back. A Half-Ironman under his belt, he is best known as Captain of the Spectrum Racing cycling team – the best amateur cycling team in the country.

The epicentre of his life remains the charitable hospital which was founded by his mother. A neurosurgeon par excellence, it is he who performs most of the free surgeries in the Free Spine Surgery Programme, waiving his fees entirely and constantly working on ways in which to raise more funds for needy patients.

TfN Goal
Arvind Bhateja is no stranger to the TfN having completed it in 2009 and 2011. This year he is back with an altogether more serious goal in mind. Having recently trained and raced in the Dolomites in Italy, his goal is to stand (as high as possible) on the podium of the Masters category at the end of those painful 8 days. He also aims to raise INR 1,000,000 for Sita Bhateja Speciality Hospital’s charitable endeavours.

Training Plan
Arvind trains with Training Peaks coaches and has been building his racing fitness for the last year. Currently he spends an hour on his indoor trainer every weekday morning (as his schedule doesn’t allow him to get out on the road) with long, fast outdoor rides on weekends including at least one century ride.